The great Roman orator thought aging and retiring free us from destructive ambition and competition.

For a nation that worships youth, America spends a lot of time obsessing about retirement. A cottage industry of financial journalists and bloggers regularly bombards us with advice: when to draw Social Security, where to live, how to invest our savings.

It’s all useful information, but practical advice sometimes conceals more fundamental questions. When I started thinking about retiring last year, at 61, I soaked up retirement books and blogs. I even saw a life coach. None of them had the answers I was looking for. I didn’t only want to figure out what I should do after I left my job; I wanted to know who I would be.

It was about that time that I was browsing a bookstore in Manhattan and stumbled across a work by Marcus Tullius Cicero, the famed Roman orator and statesman. Turns out he wrestled with similar questions a couple of thousand years ago. Cicero couldn’t resist offering some practical guidance—he was big on hobby farming and counsels against indulging in wine and heavy food as we age. But his real advice goes deeper. 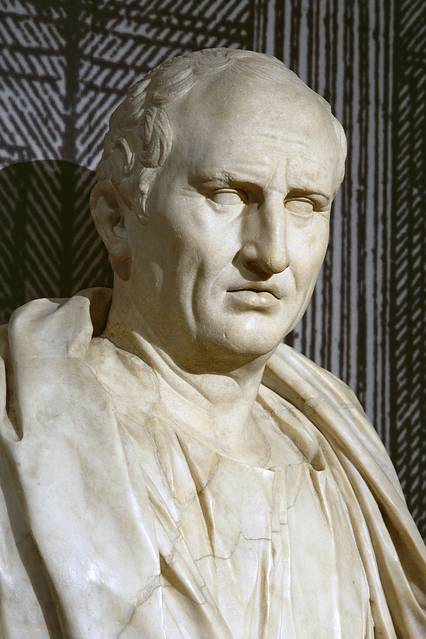 Cicero, who wrote the advice in 44 B.C. while in his early 60s, didn’t recommend ways to stay busy or “give back” to society. Instead, he saw intrinsic value in aging. “How wonderful it is for the soul when—after so many struggles with lust, ambition, strife, quarreling and other passions—these battles are at last ended and it can return . . . to live within itself,” Cicero wrote in “Cato Maior de Senectute.”

He composed it in the form of a fictional lecture from Cato the Elder to fellow Roman statesmen Scipio Africanus and Gaius Laelius Sapiens. Cicero “sought to demonstrate that the later years could be embraced as an opportunity for growth and completeness at the end of a life well lived,” writes Philip Freeman, a classics scholar at Pepperdine University, in the introduction to the latest edition of Cicero’s book, which in English has the catchier title, “How to Grow Old.”

It’s easy to dismiss Cicero. He didn’t need to worry about his 401(k) or long-term health insurance—and he married into wealth. But Cicero’s work confronts the fear many of us have about retirement. Work keeps us busy, defines our value in society and often gives us a social life. What happens when that goes away?

In Cicero’s view, the loss of ambition and competitive drive should not be mourned. It is a gift: Retirees will find their judgment is no longer clouded by passion and desire, the source of many of the world’s ills. “From it come secret plotting with enemies, betrayals of one’s country, and the overthrow of governments,” Cicero writes. Few are in a position to launch a coup, but all can attest that competitive zeal leads to as many bad decisions as good.

Let Cicero’s own mistake serve as a cautionary tale. Shortly after writing his essay on retirement, Cicero was drawn back into public life. Maybe his ego got the better of him. Soon after, Julius Caesar’s assassination set off a round of violent infighting. Cicero was killed as he tried to flee to Macedonia. If only he had stayed on the farm.

French philosopher Michel de Montaigne, a fan of Cicero’s, viewed retirement as an opportunity to pursue a more solitary life in which a person’s worth is not measured by paychecks, awards or promotions. “We have lived quite enough for others: let us live this tail-end of life for ourselves,” Montaigne writes in his late 16th-century essay “On Solitude.” “Withdraw into yourself, but first prepare yourself to welcome yourself there.” He doesn’t say precisely how, but turning off cable news might be a good start.

John Adams read Cicero’s “de Senectute” throughout his life, according to biographer David McCullough. It shaped the former president’s retirement after he left public life and retreated to his Massachusetts farm in 1801. “In the hours he spent alone, reading, thinking, or just looking out the window by his desk, he found an inner peace, even a sense of exhilaration such as he had seldom known,” Mr. McCullough writes. “Old poems, ballads, books he had read many times over, gave greater pleasure than before.”

Implicit in most retirement advice today is that we need to find ways to fill time—golf, charity work, a part-time job, a second career. But Adams was on to something. Idle time and solitude are to be sought, not feared. That advice may be as important as finding the right balance of stocks and bonds in your portfolio. Cicero wasn’t writing a self-help book with a five-step plan to retirement, but I’m taking his advice to heart.

Read Michael Hodin’s Letter to the Editor in response.